of colors
and free wind
and flowers all around
and like the ephermal whisp
i transported for a moment
to a version of my fairy child
from years ago….

she’d been buried
before this …

back when i had to bury you,
i was left with this
thick and disgusting mud
all over myself.
my wings broke off
from the unbearable weight
and the stench even singed
some scars on my face
it’s like

i thought the path home
would be lined with gold,
with flowers, and I’d skip
through some canopies, delighted!
but instead,
it was horrific and dark,
covered in mud and leaves and bugs
crawling thru caverns and sharp shells and rocks
whilst trying to remove
this false layer of self
that served as some kind of protection.

yet as i journeyed
i grew.
taller.
much much taller.
all these concentric rings
formed around me
and though my feet were
moving slow as molasses,
my spirit was carrying me
upward
into the heavens.

and so,
i bid farewell
to the innocence of
my fairy world dreams
where everything was
quaint and tiny…

here.
in this new world
so very very tall now
amongst the red woods

here’s the song I wrote about Sagitta and the Hero’s Journey (Campbell/Jung).

meet me at the arrowhead trail head
tell me you love me and i’ll fall into your arms
you’ll teach me the bluebird’s song when we stop at the waterfall
and i’ll get lost in your charm
but when arrows cross, someone’s always bleeding
and you’ll be the one to survive

Lift me up! So high above your head
So I can reach the stars and shine, again
Lift me up! you hold me in the stars
I’m counting on your strong arms
to get me all the way to sagitta

Thank you for the lift, I love it in the sky
and now, in return, I’ll be your arrow in the night
You can use me to chase away your demons,
save Prometheus from eagles,
or whatever weighs you down.
Will you find me every night?I’ll be watching as you fight
with your strong strong arms that brought me here
you got me here

We all need a hero, to hold on, hold onto….
but even when your hero’s gone,
you know that hero really needed to,
to hold you too

everyone knows this holistic philosophy about “facing your fears” and “embracing your weakness” and “authenticity”…..and i can think of several existentialists, humanists, eastern philosophers that encourage us to do just that. (read Rollo May & Krishnamurti for a boost of this…only dose as needed)

while breaking myself apart and hoping to achieve some transcendence in doing so (note to self, don’t ever ever ever do this again). it was quixotic moratorium, an epic journey in which i had to claim identity to survive. otherwise, someone (maybe the whale) would’ve eaten me, …just like Jonah….it’s just how it goes when you’re floating around in the ocean. 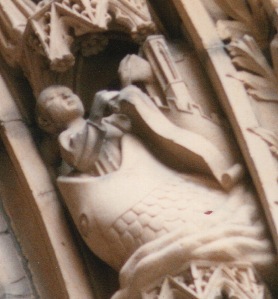 Jonah and the Whale

along the way, i met several heroes and figures that helped to break me apart:
(caution to the reader: the following images only represent the people i met, none of these images are actually the persons i refer to as cyclops, hunchback, witches, or monks)

i met a cyclops: 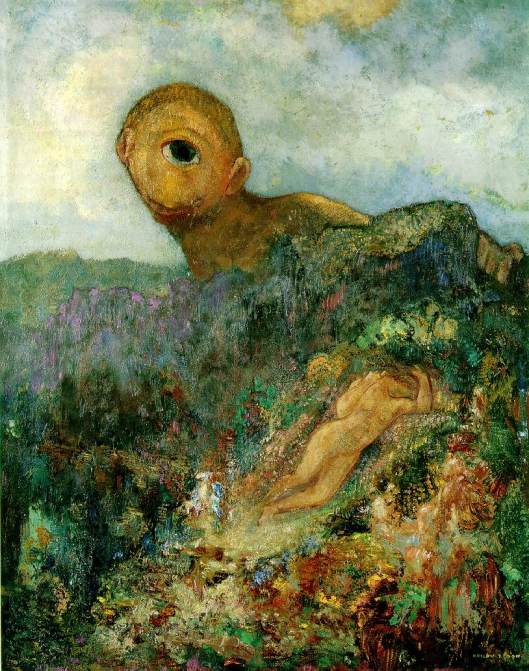 i met a hunchback:

and i met some crazy blind witches:

and i met a captain:
i didn’t meet molly kool in person, but i met her in spirit. i was looking for heroes and role models. molly kool was the first woman to be licensed as a ship’s captain in North America, and seeing that she persevered to fulfill her dreams and had such familial support, her determination and strength spoke to me. Check out the NYTimes article about her life, a true inspiration.

there’s really been a lot of magical story along this journey. i hope it continues.